A little history about these mini giants... they where introduced in October 1961 with a 997cc engine that generates 55hp, front disc brakes, twin carburetors, modified camshafts and exhaust headers.
The Mini Cooper Rally versions with a much powerful engine at 1071cc with an output of 70hp and later was even more improved at 1275cc with an output of 78hp that dominated the 1964, 1965, 1966 and with the #177 cooper of Rauno Aaltonen bagged the Rally Monte Carlo Championships.
This #177 Mini Cooper S 1967 Rally Monte Carlo diecast was made by M-Smart in 1:43 scale. 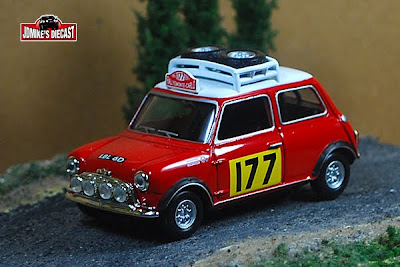 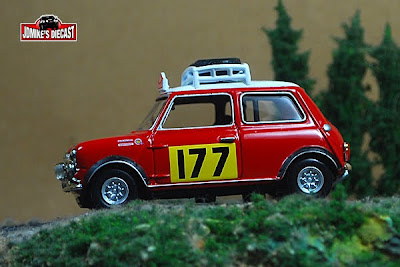 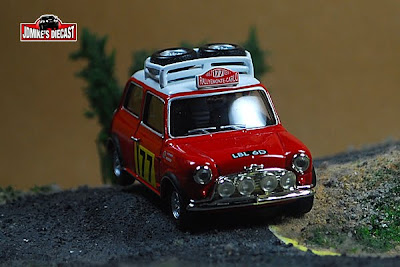 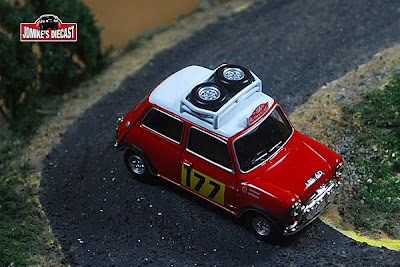 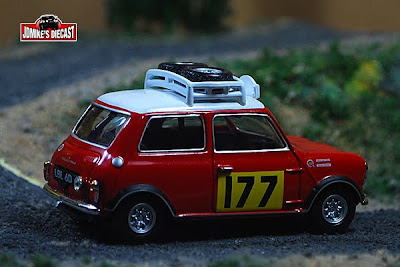 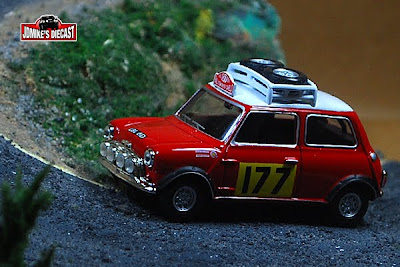 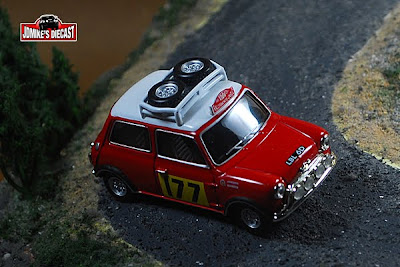 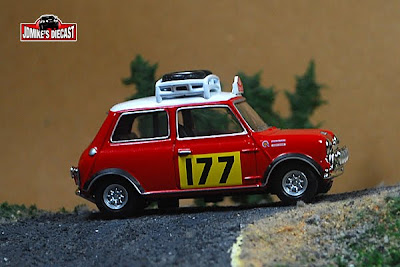 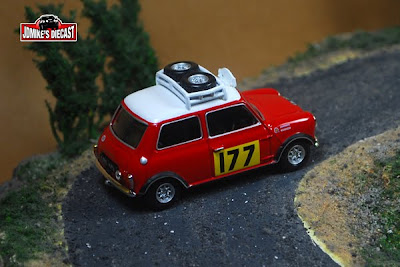 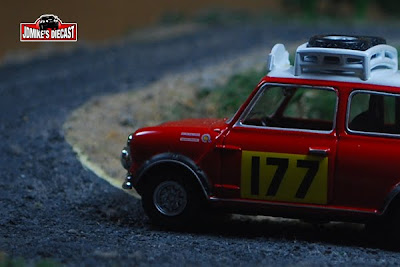 Love that classic coop! It really looks real on your outdoor diorama. Thanks for sharing Mike! =)

Nice diorama, what did you use for the grass?

thanks Mervin and Rajen! :-)

Mervin, I just used the regular felt shreds available in some architectural shops in Manila. Try using sawdust, just dye it in green.

love the dioramas and the mini cooper!
nice pictures JDMikes!!

thanks daniel for appreciating! :-)

thanks Tominica, you have a nice diecast site also!

Hello! I would like to ask how do you remove the paint from your diecast models and what kind of paints do you use?

Hello there, I'm using paint stripper to remove the factory paint and I'm just using aerosol acrylic paint for my customs. hope this helps and thanks for visiting! :-)

Hello! Me again. Don't have an account so I'll just be anonymous. lol. What kind of paint stripper? Like those in hardware stores?? Pwd ba acetone nlng?

Powerful little bugger, I've got the 1966 MKI driven by Makinen!

I so love it. I hope someday my monte carlo minis will be able to ride through that dio. =) =) =)