Everybody remembers the green Ford Mustang that actor Steve McQueen's character Detective Bullitt drove in San Francisco in the most celebrated movie title from 1968. But the black, Dodge Charger R/T, driven by the hit men out to get Bullitt, was by far the scarier and meaner ride.
Driven by stuntman Bill Hickman who not only played one of the hit men, but also helped with the choreography of the chase scene, the Charger sported a 375-hp 440 cu-in Hemi V8. Was there a scarier moment in the movie than when Bullitt sees the Charger come up in the Mustang's rear view mirror? Probably not.
This 1/64 diecast model was made by Greenlight for the Movie Series Collection "Bullitt" 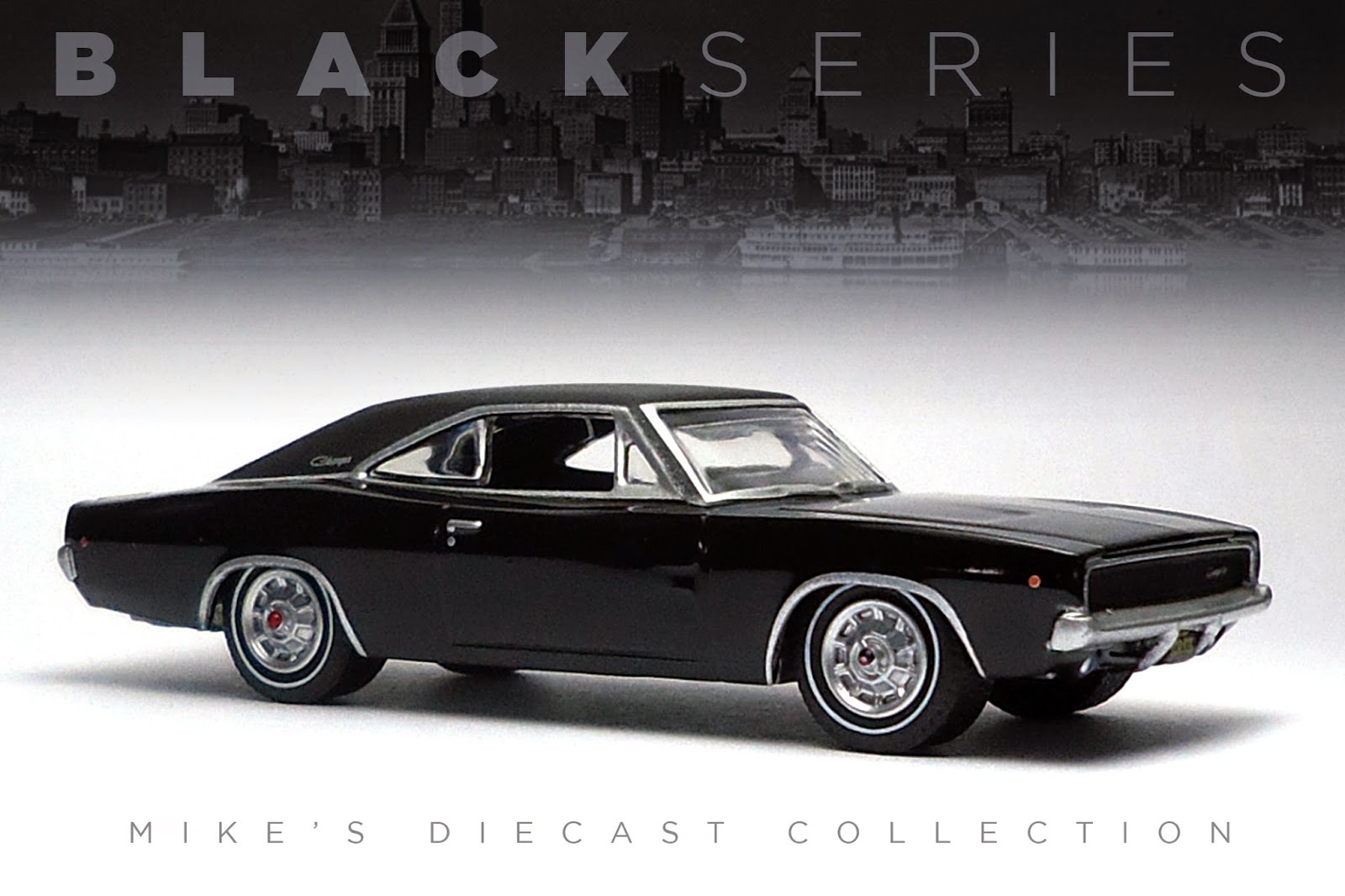 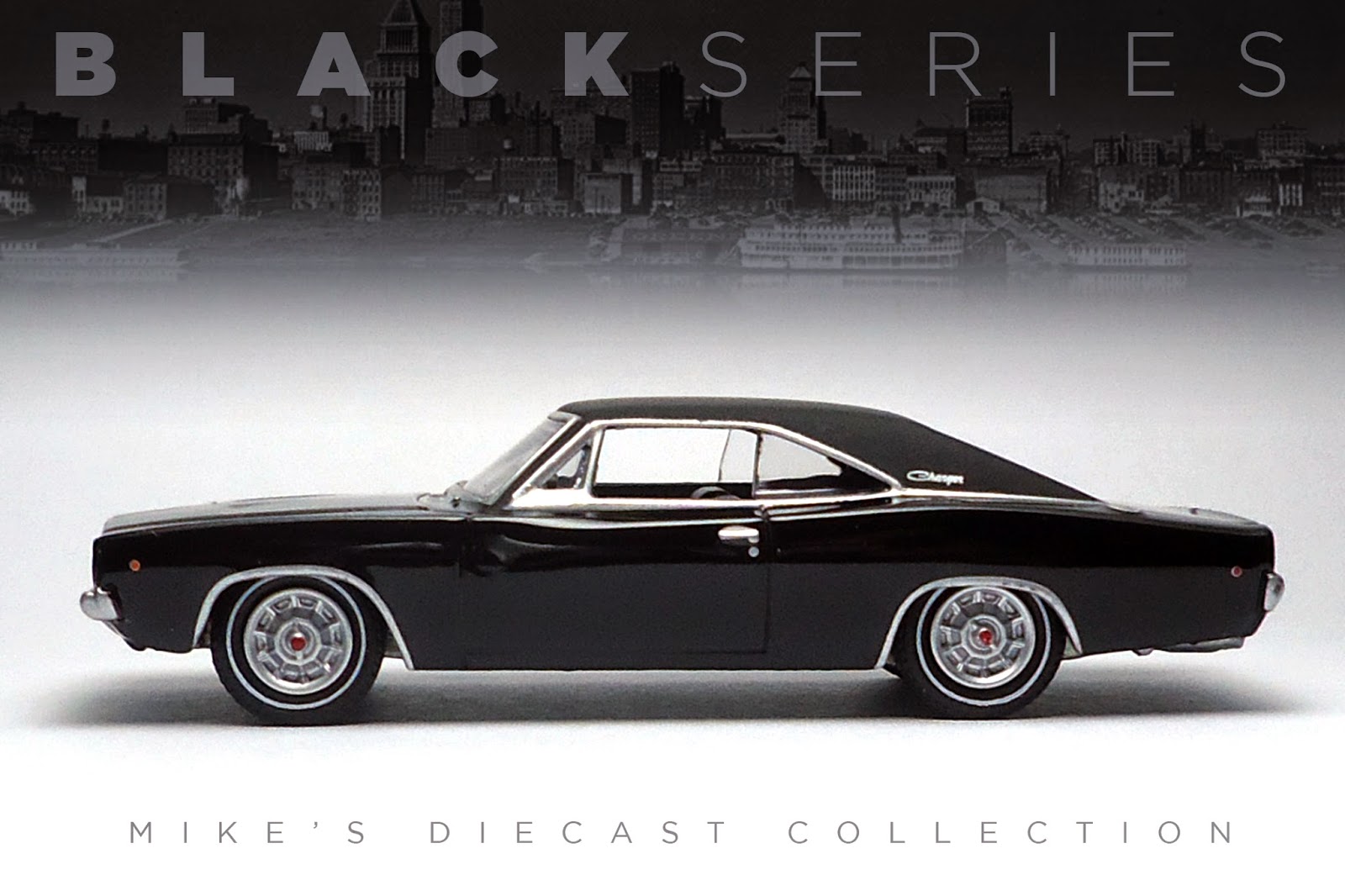 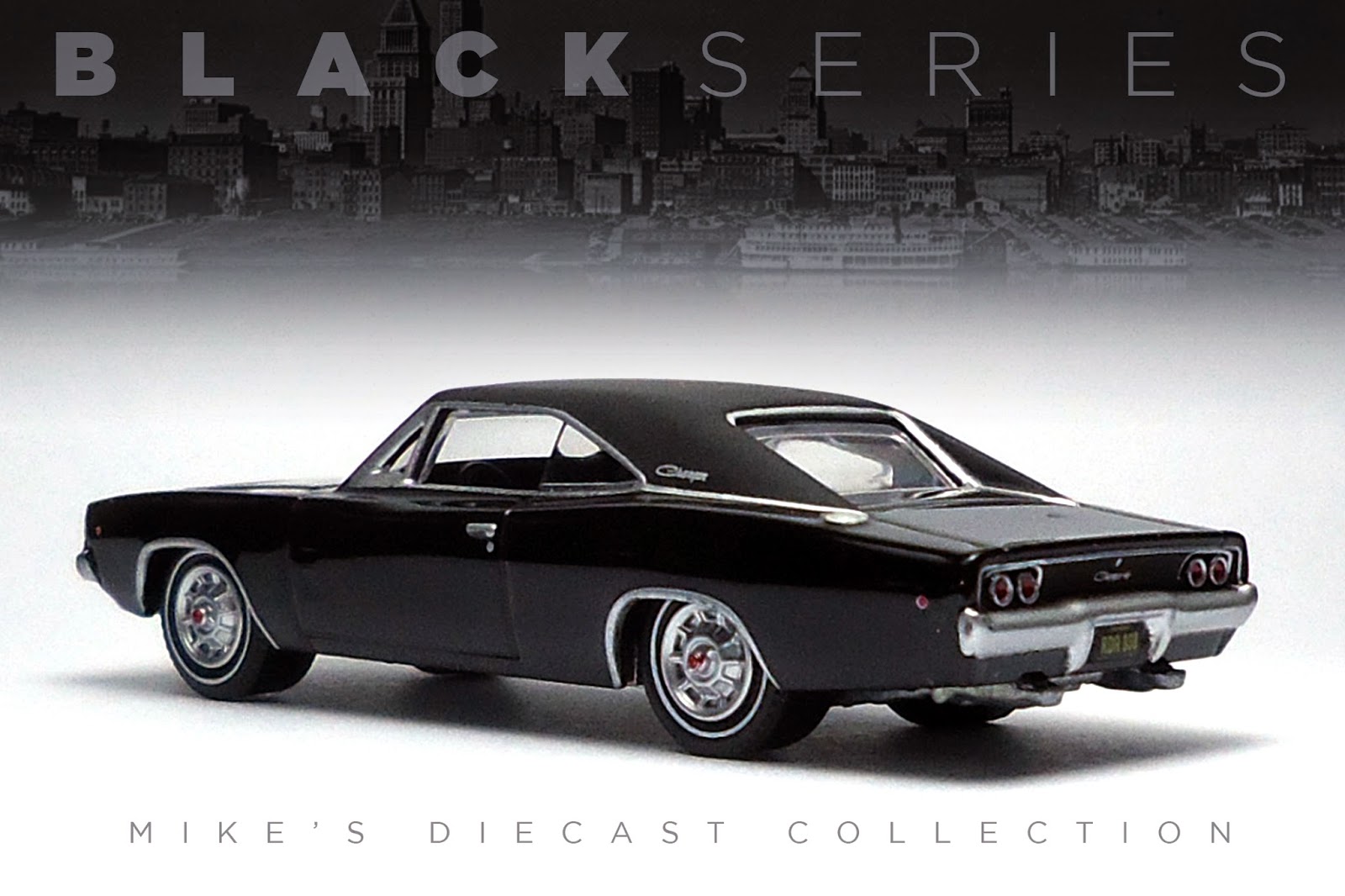 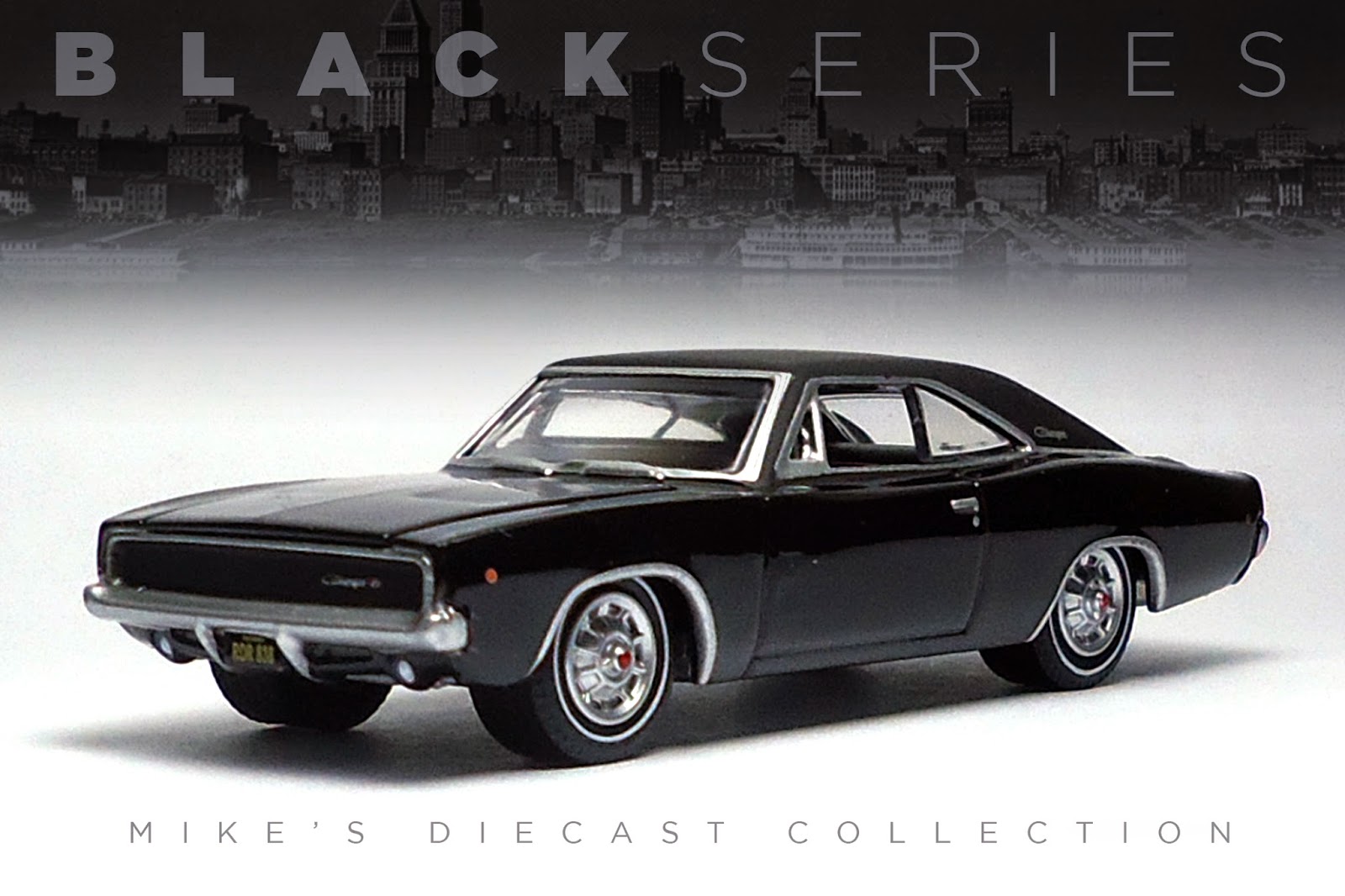 The real Dodge Charger from the movie. 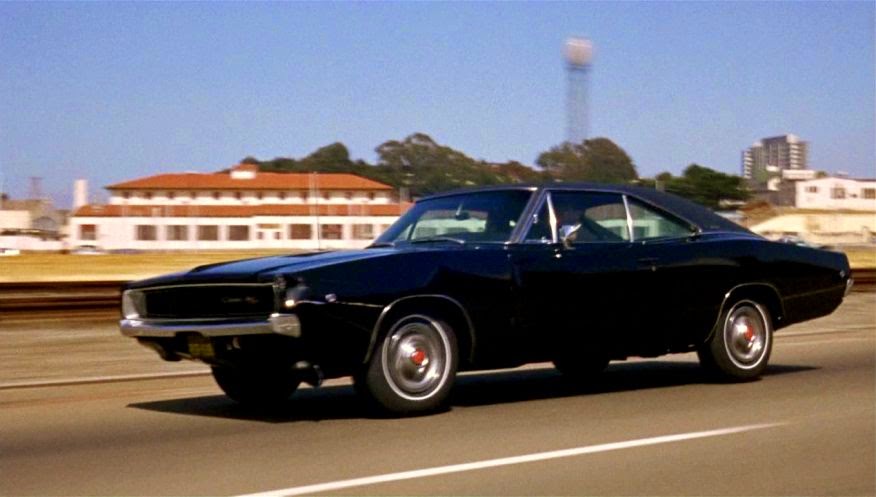 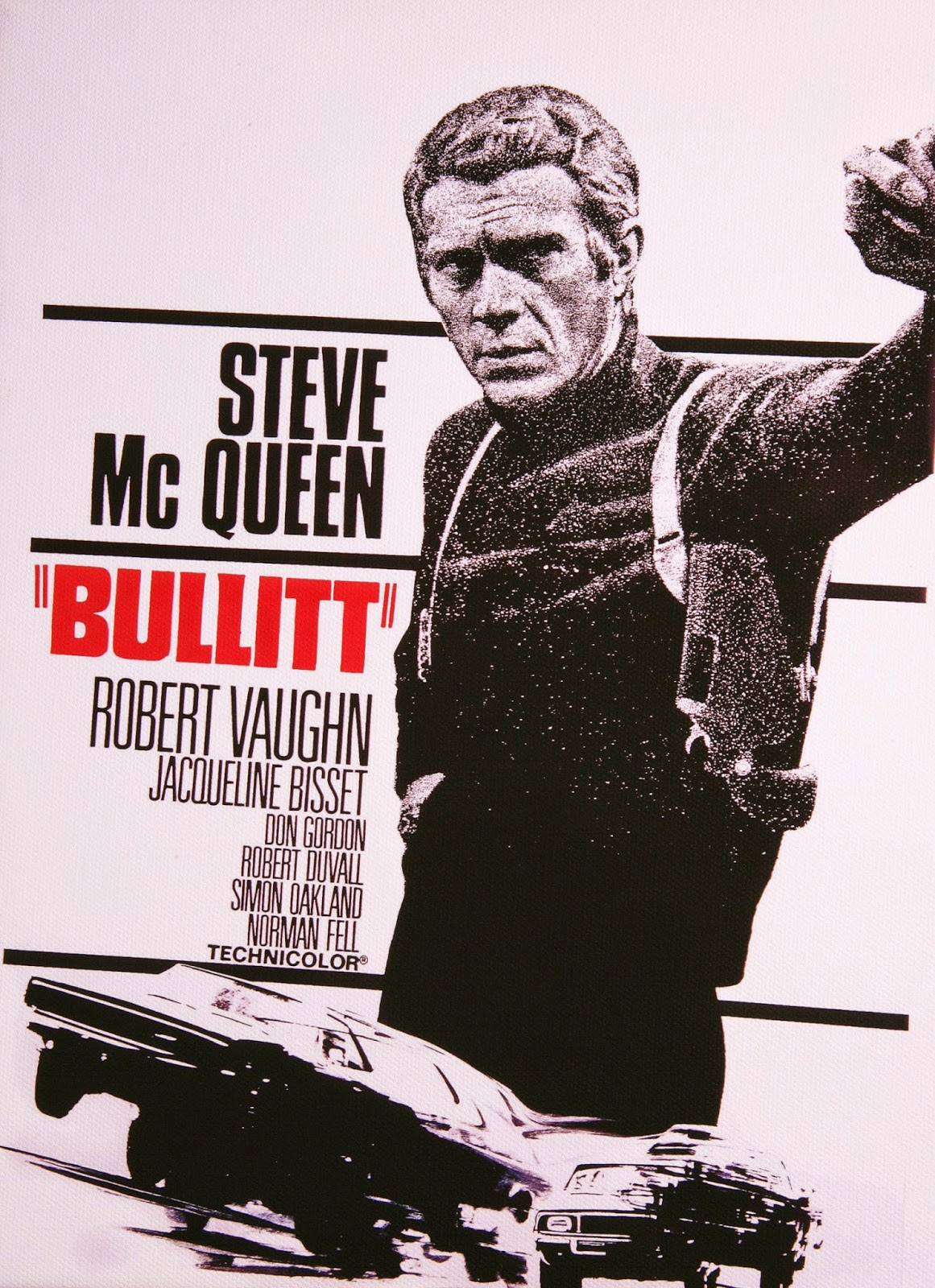 The '67 Barracuda fastback was more like the rest of the emerging pony car market in 1967, as it was larger and featured more powerful options. Though the car still shared the same A-body wheelbase with the Valiant, the sheet metal used for the Barracuda was completely different than the Valiant, finally breaking the Barracuda away from that model, which had been the inspiration for the three years of the first-generation Barracudas. The most notable changes were the completely redesigned front and rear of the car. For the fastback models, the large wraparound glass of the previous Barracudas was scrapped for a smaller, more angled rear window.

The fastback model was still the overall best selling Barracuda model in 1967, and 30,110 were produced. The fastback had a base retail price of $2,639.

This 1/64 scaled '67 Plymouth Barracuda was made by Johnny Lightning for their Muscle Car Series. 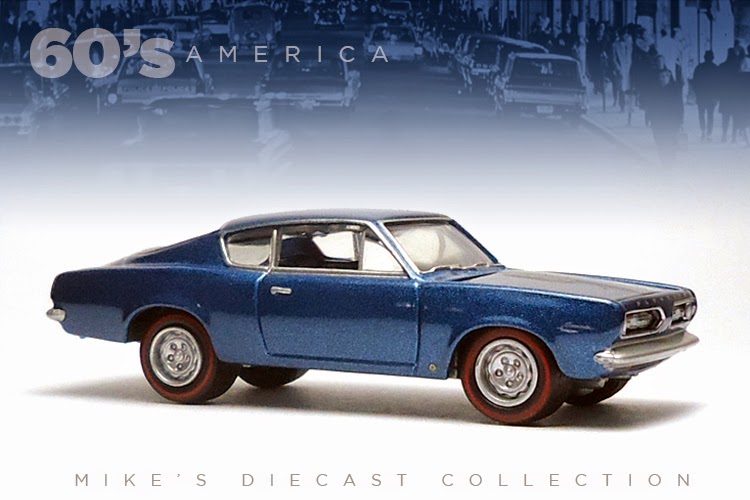 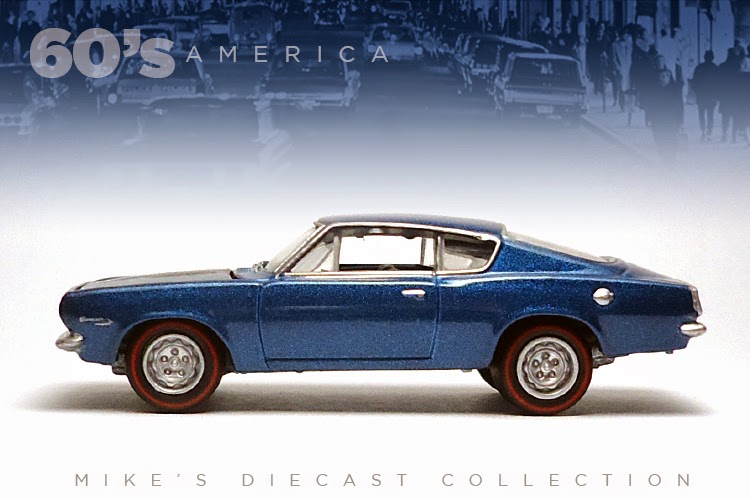 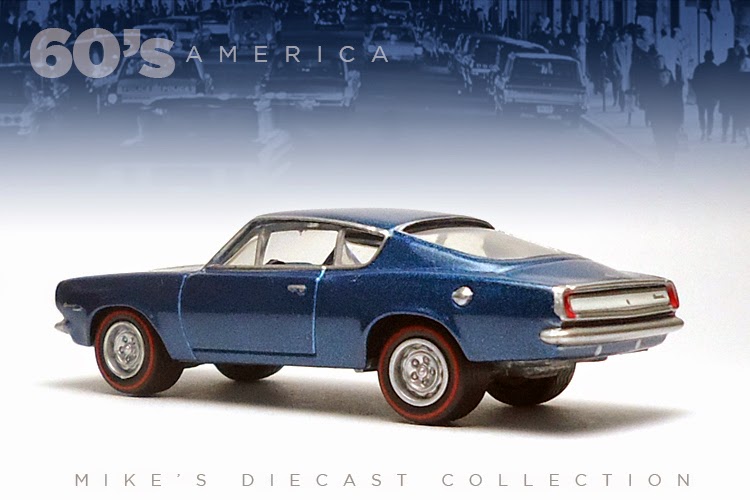 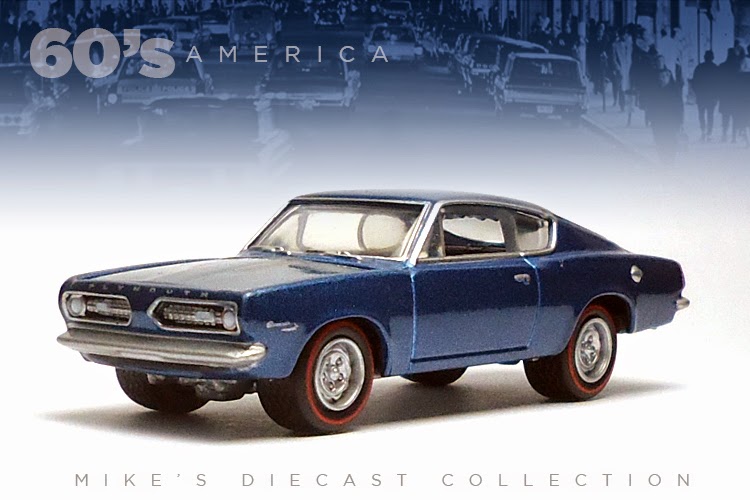 The Ford Maverick was a compact car manufactured by Ford , from April 1969-1977 in the United States, Canada and Mexico  and from 1973-1979 in Brazil — employing a rear wheel drive platform ,  dating to the original 1960  Falcon . Originally marketed as a 2-door sedan only at an initial price of almost two thousand dollars, the Maverick was designed to be inexpensive to manufacture and maintain. The name "Maverick" was derived from the word for unbranded range animals, and the car's nameplate  was stylized to resemble a longhorn  cow head. 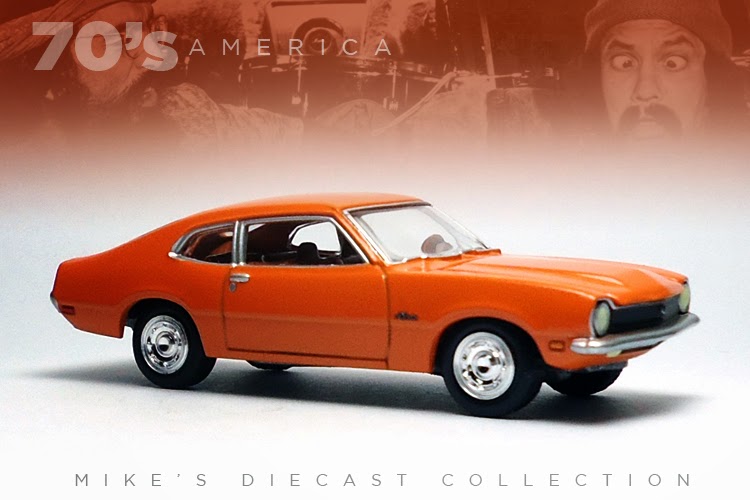 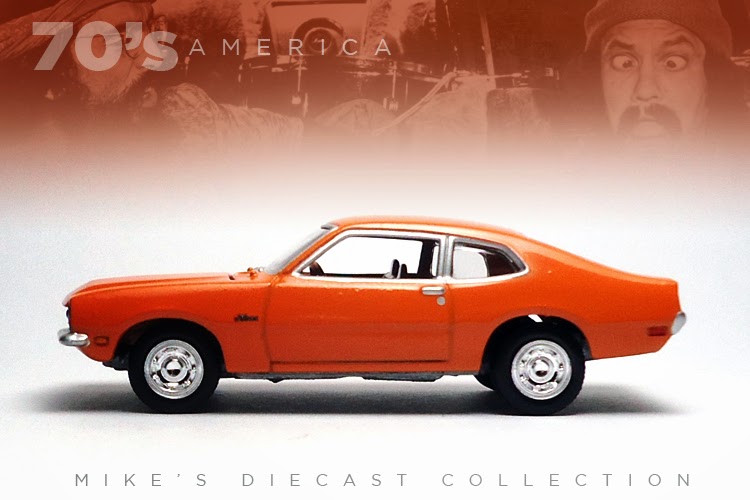 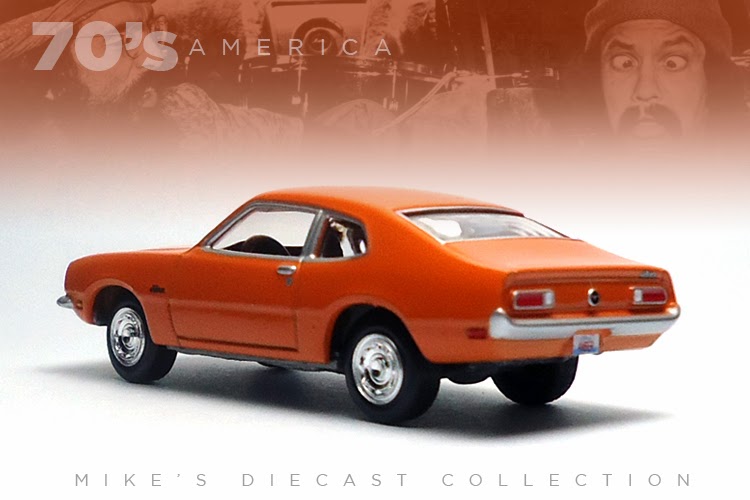 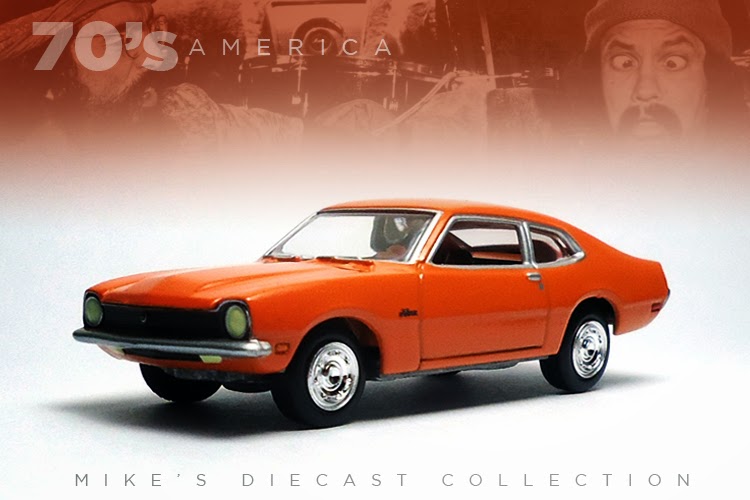 The 1965 Chevrolet Chevy II and Nova were updated with cleaner front-end styling courtesy of a fresh full-width grille with new integrated headlight bezels. Parking lights moved down to the deep-section bumper, and sedans gained a new roofline. Taillight and backup lights were restyled, as was the rear cove. The 1965 Chevy II came in entry-level 100 form or as the posher Nova 400, each in three body styles. The Nova Super Sport came as a Sport Coupe only, and its production dipped to just 9,100 cars. Super Sports had a new brushed-chrome console with floor-mounted four-speed manual transmission or Powerglide automatic, but a column-mounted three-speed manual remained standard. Bucket seats wore textured vinyl trim, and the dashboard held ammeter, oil pressure, and temperature gauges.

This 1/64 '65 Chevy II Nova was produced by Johnny Lightning included in my 60's America series. 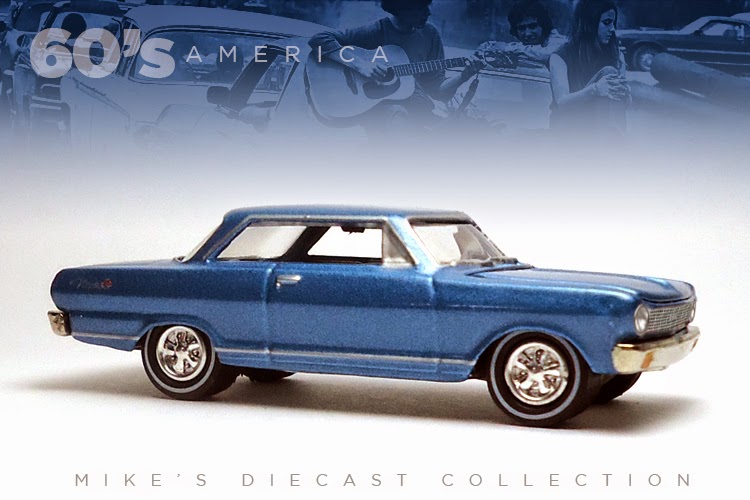 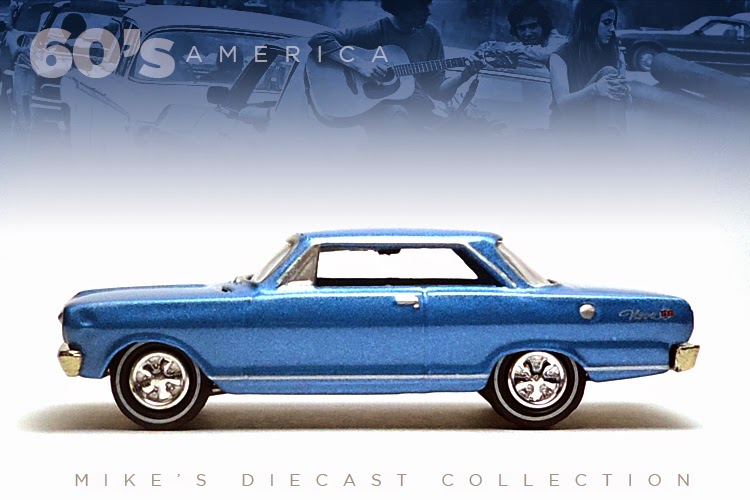 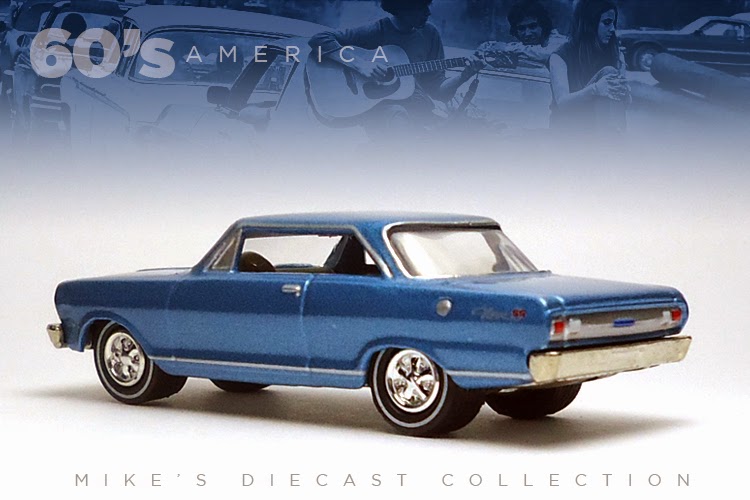 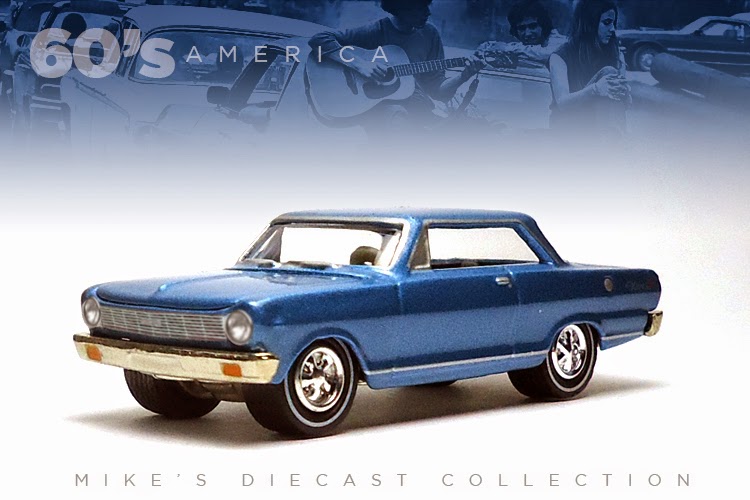