Finally I had the chance to take pictures of my 1:18scale MotoGP bikes by the best rider that ever lived, namely Valentino Rossi. The eight time world champion is seeking another world championship this year and is presently leading the score sheets. 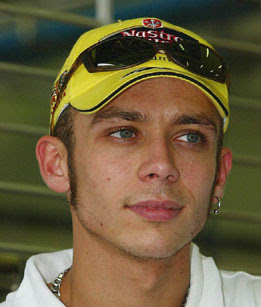 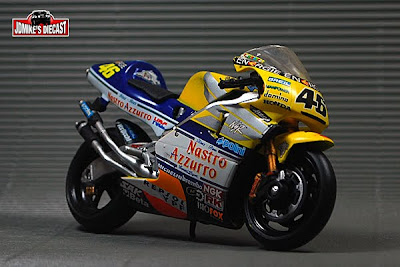 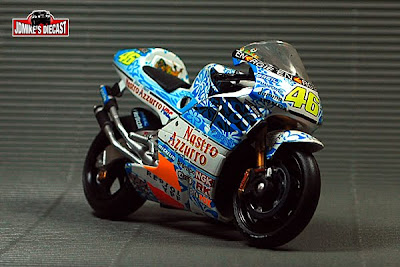 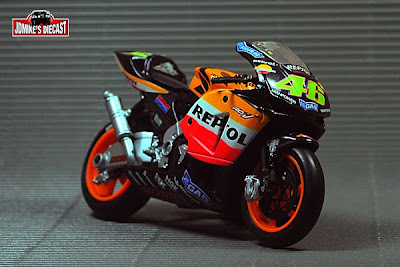 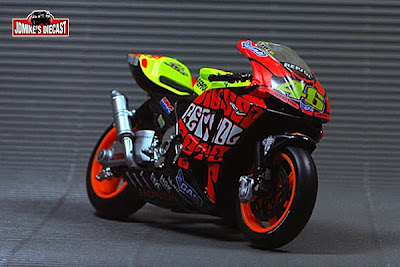 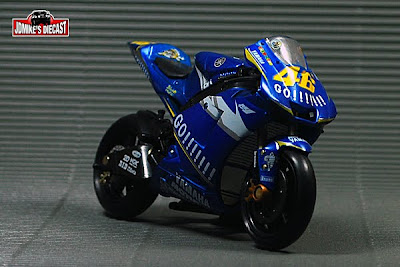 and with a YZR-M1 made by Maisto 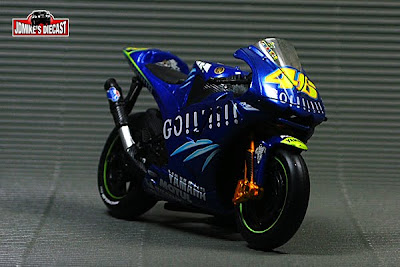 In 2006 Yamaha had a new major sponsor which was Camel Cigarettes which wasn't shown in the diecast bikes since cigarette sponsorships where not allowed.
The Yamaha YZR-M1 Team Camel made by Maisto 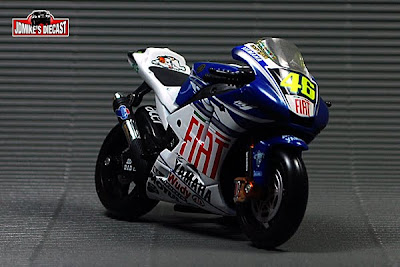 And finally, I just got my 2008 world championship bike by Valentino Rossi made by Maisto. 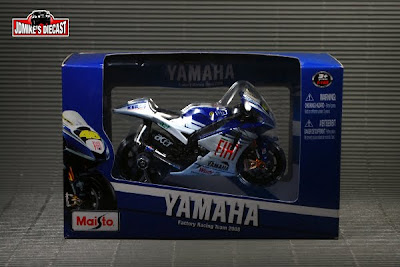 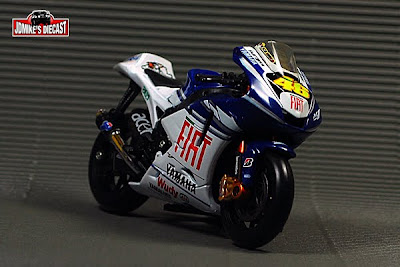 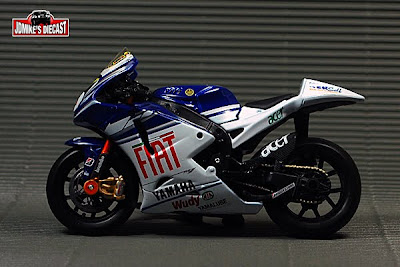 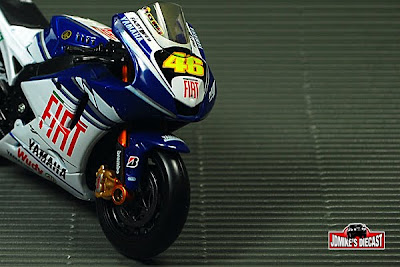 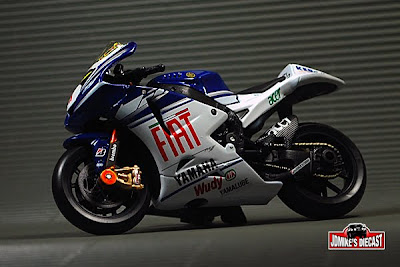 I am still looking for the Yamaha Laguna Seca test bikes in 1:18 scale by Guiloy, I think there are about 2 version and the flat black test bike, let me know if you've seen one, thank you!
Posted by JDMike's Diecast Site at 11:11 AM

I may not be a bike fan but looking at these bikes makes me wanna ride one....I feel the need for speed!

Thanks for sharing Mike! =)

thanks Jovet, I miss riding bikes although i just borrow my uncle bikes before, thanks for appreciating! :-)

These are all very nice collectibles Mike. I noticed in the last two years that there are some truly nice models coming even from manufacturers like Maisto and New Ray etc... you agree right :) I like them a lot. 1/18 & 1/12 motorbikes and Vespa motorcycles... they are the best, hehe.

Bikes are my first love.

I'm happy to see such a great collection of my favorite rider.

Nice Valentino Rossi collection!!!
Hope that you will find the others models you don't have here sooner.
Like those pictures JDMIkes, and keep them coming!!!

thank you Biggie, Bert and Daniel for appreciating! :-)

I didn't know that you also collect 1:18 Rossi MotoGP. Did you paint the chains on of the bikes posted? Cool pics Mike!

Thanks Gene! I have other 1:18 bikes too, will post them soon. About the chains, nope I didn't paint them, they are originals.

cool rides! I've been in love with motorcycles for 5 years now and nothing beats the feeling or riding out of town with friends.

theres nothing better than the wind flowing in your face, its like freedom whenever I am on a bike. :-)

nice one bro... congrats on the collects..